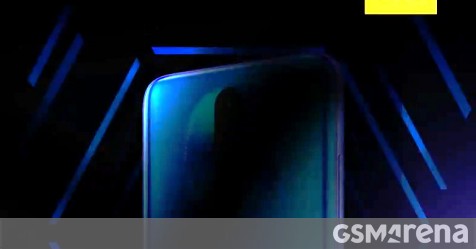 The Poco X2 is just four days away from being announced officially and the company released yet another teaser today. This gives us the best look at the phone so far and at this point there’s little doubt left that this is a rebranded Redmi K30.

The video shows what is clearly the Redmi K30 in the purple color. Of course, we never get a perfectly clear look at the device but it’s easy enough to recognize if you’ve seen the Redmi K30 before. Of particular note are the fingerprint sensor on the side of the device that also acts as the power button and the easily recognizable camera arrangement on the back.

That the Poco X2 is almost certainly the Redmi K30 isn’t really shocking news at this point, since we had seen plenty of leaks in the past that pointed us in this direction. Of course, we cannot be absolutely certain that the Poco X2 will simply be a rebranded Poco X2 with zero changes, but so far it does seem to be that way. The fact that Xiaomi didn’t launch the Redmi K30 in India also alludes to the fact that the device was intended to launch as the Poco X2 in that market all along.

The Poco X2 will be officially announced in India on February 4, 1200 IST. Until then, you can read our review of the Redmi K30.