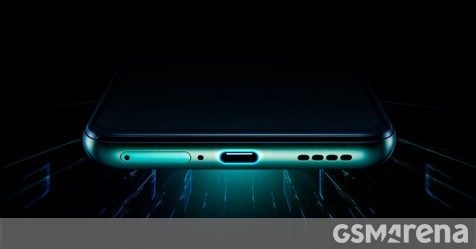 Because MWC was canceled, Realme is holding an online launch event for the X50 Pro 5G on February 24, when it was initially supposed to take the wraps off it in Barcelona at the trade show.

The phone has now been confirmed by its maker to sport 65W fast charging, which uses the SuperDart brand we saw it trademark last year. That is going to be impressively fast. While the Realme X2 Pro was at one point rumored to pack 65W charging abilities, in the end it launched with support for ‘just’ 50W.

We could think of a million situations in which having no battery could ruin your day.

But during the time you have been thinking about this, you would have already charged the #realmeX50Pro with its 65W SuperDart Charge to keep you going. #realme5G

Realme has also confirmed the fact that the X50 Pro 5G is powered by the Snapdragon 865 chipset, with support for dual-mode 5G (NSA and SA). Also, an outline of the phone that the company shared seems to show dual punch holes for two selfie cams in the top left of the FHD+ screen.

We are ready to be one step ahead #realme5G