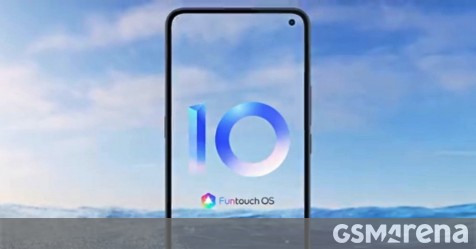 Vivo has been teasing the upcoming X30 for quite some time now. The intriguing phone is expected to feature and Exynos 980 chipset, complete with an integrated 5G modem, as well as an impressive camera setup. It will be unveiled on December 16 and in a rather anticipated development is now officially confirmed to feature the later version of vivo’s custom Android-based OS.

After some soul-searching regarding the platform’s name, Jovi OS is out and FuntouchOS is going to stick around as the official title. Vivo was also kind enough to reveal a few of the new features coming to FuntouchOS 10, along with a taser video.

App Sharing kind of stands out on this list. The description of the feature is rather vague and so is the demo, but apparently it allows “sharing” video, sound, as well as vibration from one vivo phone to another. To us it seems to be a sort of low-latency casting implementation, which also happens to support vibration. Yet, it could be more sophisticated that that, since things like muli-cast are also kind of implied, so you can share a clip or your game with a room of people. We are also not ruling out the possibility of remote control from a client device. Think MirrorLink or a remote desktop or VNC style setup. That would really open this App Sharing feature up to a lot of interesting use cases.

Dynamic wallpapers and effects are also coming to FuntouchOS 10. The latter seem to be pretty self-explanatory and include things like detailed animations for status bar icons and transitions. Also, dynamic edge light effects. The wallpapers are a bit more cryptic in nature, though, since the source mentions macro fluid photography and also talks of river, lake and sea motion as an intent.

The provided sample wallpaper explains the overall look and feel way better than any text description. All things considered, FuntouchOS 10 seems to feature a huge focus on visual polish. We appreciate the teaser and will be looking forward to more info come December 16.

Vivo U20 arriving in India on November 22, a rebranded U3